We’ve all heard the stories, an elderly person dies in their home and when the paramedics finally find them they discover to their horror, that beloved fluffy has started munching on grandma’s face.

So many people own dogs these days. And surely, my dog won’t eat me if I die at home. The pets that eat their owners must be neglected or abused in some way for them to be so cruel.

As it turns out, even the sweetest pets might resort to eating their owner given the right circumstances. There’s even a pretty direct correlation between cuteness of a pet and their likelihood to eat you after you die. 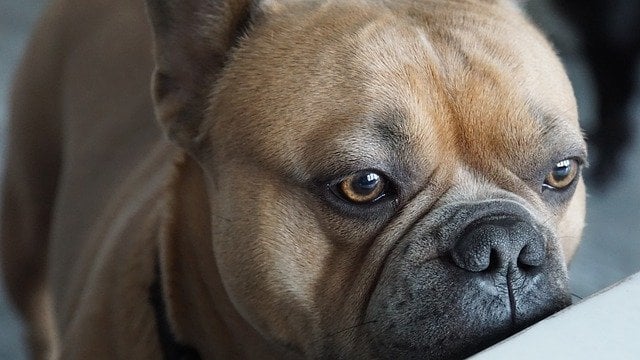 Will my dog eat me when I die?

The short answer to this question is yes. Dogs do often eat their owners after they die. Some EMTs have reported that when they find a person who has died in their home whose pet has started eating them, it is mostly dogs that are the culprit. If left long enough, a dog will eat a body completely, bones, soft tissues, hair and all.

This doesn’t mean you need to watch your back around Fido, they’re not waiting for you to keel over so they can finally have the luxurious feast they’ve been waiting for. You matter more to your dog as an alive human than as a dead one, but the wild dog in your pet’s DNA tells it to scavenge when it has to.

Will your dog eat you if you die at home? Yeah, probably. Are they doing it because they crave human flesh? No, they’re likely hungry and their instincts kick in.

How long after I die will my dog eat me?

It depends! In the many stories of pets eating their owners after they die, there is a lot of variation. In one story, an elderly woman who owned twelve cats and one dog was found partially eaten by her cats while her dog tried to fend them off. In another story, a man who committed suicide by gunshot was found with dog teeth markings on his face only minutes after he died.

In one story, a woman passed out from drinking too much and though she did end up passing away, her dog started eating her before she had officially died. 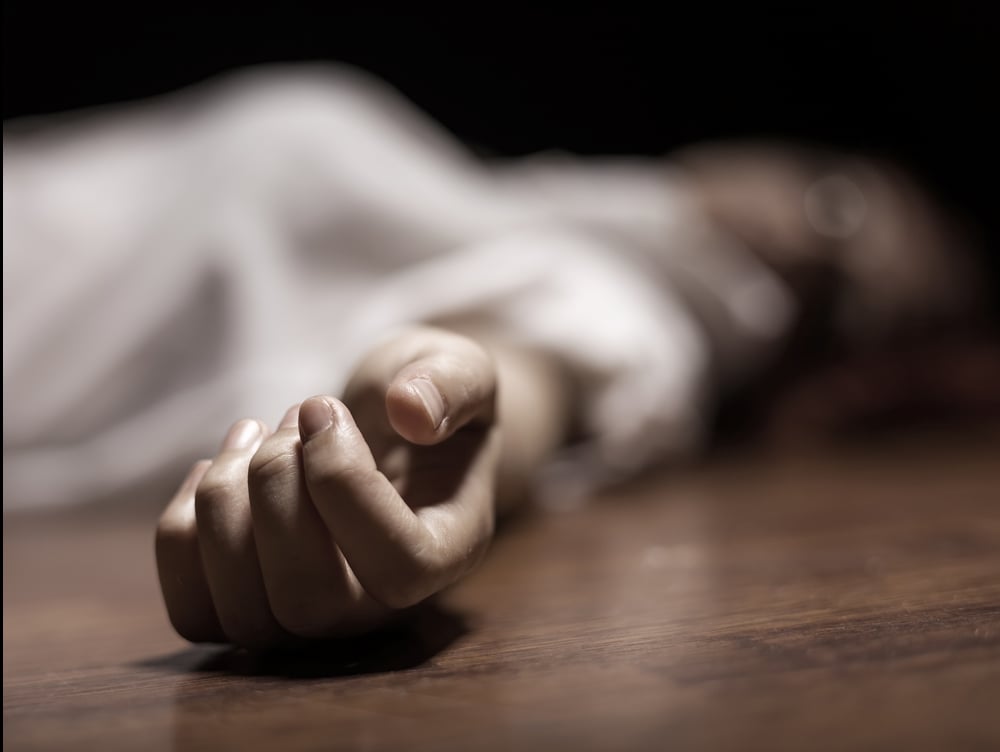 On average, your dog will eat you within 5-7 days after your death. Sooner if instinct kicks in, but likely they won’t start eating until they’ve run out of dog food and have no other option. After 7 days, your body will start to decompose and no longer be that appealing to a dog’s appetite.

Why do pets eat their owners?

There are many factors that play into why a beloved and sweet pet would eat their owner after they die. The most common answer is desperation. If no one is around to feed your pet, they will be resourceful as long as possible, eating what’s left of their own food, eating trash, eating bugs before they resort to eating their owner. 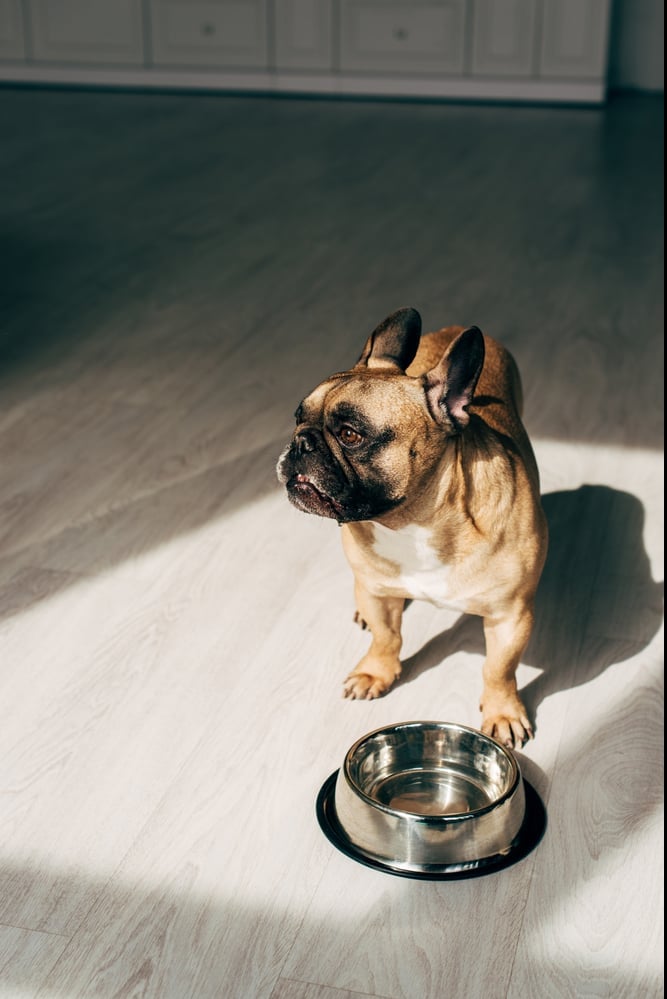 In some cases, particularly with dogs, they notice their owner not moving and try to lick their face to wake them up. That doesn’t work so they panic and start to bite a little, and before you know it, they can’t stop themselves. We are, afterall, meat just like any other animal and cats and dogs are carnivorous.

In a 2015 review, it was found that in 25% of cases where dogs had started eating their deceased owners, less than a day had passed and they still had dog food in their bowl. But unlike a wild dog scavenging for food, the injuries were mostly on the owner’s face, rather than their abdomen which scavengers typically go for. This leads to the assumption that the dog was trying to wake their owner up and began to panic and bite their faces. Disturbing, but kind of sweet?

What pets are most likely to eat their owners?

Cats tend to get a bad rap for the stereotype that they eat their dead owners. We’ve heard it, “your cat will eat you immediately after you die, but my dog will wait until it’s desperate.” Turns out that’s not the whole picture. 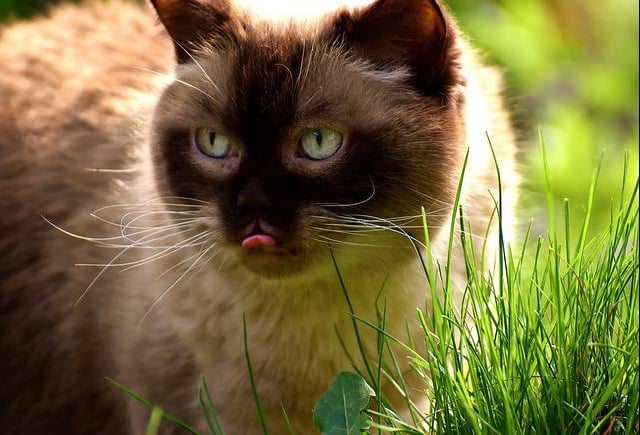 Cats are pretty picky eaters and they have more sensitive stomachs than most dogs, so they usually only eat their owners if they’ve seen that behavior before in other cats, are feral cats, or are really desperate for food.

In most cases of pets eating their deceased owners, it is actually dogs that are more likely the culprit. Now, it’s hard to say if this is because more people own dogs, or if dogs just have less discretion about what they eat, but we do know that each animal is different and animals eat their owners for all different reasons.

The animal most likely to eat their deceased owner though? Not dogs, not even cats, it’s hamsters.

Will my cat eat me if I die?

Maybe! Anecdotally among EMTs, it’s not as common as seeing dogs eat their humans. Cats only eat food they know to be good and safe because their stomachs are more sensitive.

The more feral your cat is, the more likely they are to eat your body. Additionally, if you have more than one cat, as soon as one cat says human flesh is tasty and safe, the rest will follow.

Cats however, unlike dogs, are hunters by nature, not scavengers. They prefer to eat something they killed themselves.

Will my hamster eat me if I die?

Remember at the beginning of this article when I said there’s a direct correlation between the cuteness of a pet and their likelihood to eat their dead owners? Here’s where that comes into play.

Sweet, fluffy, chubby hamsters who spend all day snoozing and stuffing their cheeks with seeds are actually the most ruthless with recently deceased owners. Unlike cats and dogs, they don’t wait until they’re desperate to eat their owner. They don’t even do it because they have to, they do it because they want to and see a great opportunity.

If you know the tauntaun scene from The Empire Strikes back…it’s a lot like that.

Hamsters see a deceased owner and see free real estate. They have been known to burrow into their human’s insides and use bits of skin to make a nest, and human bones to file their teeth.

Turns out this whole time, it wasn’t your cat or dog you needed to worry about, it was your hamster.