I had just told my chihuahua, Ella, that she’s a good girl and was about to head back into the house when I saw some worms in her water bowl. It wasn’t like there were many of them, maybe two or three at most… but still!

This is something that I’d never seen before, so I consulted other dog owners and vets online for an answer. The best article said it could be any number of things, including gordian worms and roundworms. Now this made me worry because they sounded really bad!

In the end, it was just mosquito larvae. Got to clean that outdoor water bowl more! 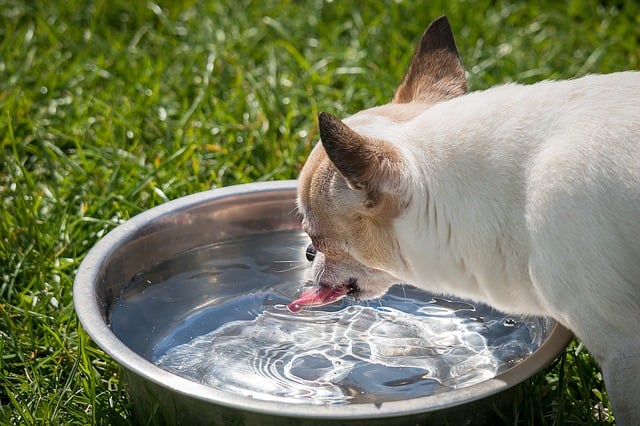 There are a few reasons why there might be worms in your dog’s bowl. One of the most common is that the dog carried the worm on it from outside. Worms are attracted to stagnant water. They may naturally find their way to your dog’s bowl if it’s located outside.

Otherwise, they can sometimes attach themselves to your dog’s hair. When your dog attempts to remove them, they’re spread on their muzzle instead. Once your dog takes a drink in its bowl, the worm is deposited in the bowl.

Another reason why you might see worms in your dog’s bowl is if they’re roundworms. This comes from a parasitic infestation. Your dog may have roundworm in its tummies. The worms may be deposited in the water bowl if your dog recently vomited and has a few worms clinging to their teeth or muzzle.

A few common worms that you may discover in your dog’s water dish bowl include:

Gordian worms are white and primarily infect insects. They deposit themselves on leaves and wait for insects to eat them. Once they do, they hatch inside the insect and control it to jump into the nearest body of water. Once inside the water, the worm leaves the body to become an adult.

Luckily, dogs cannot be controlled by Gordian worms. They’re not that interested in infesting dogs, either. Most of the time, your dog will vomit or poop them out. They’re similar to rubber bands and quite long. They can reach anywhere from 22cm to 30cm.

Roundworms are parasites that you should worry about. They’re often lurking on mice or in the poop of other infected animals. Your dog can eat or step on the infected material and become infested; Roundworms can be serious if they’re not treated.

They’re light brown. They also can be picked up in their egg form. They can hatch inside your dog and quickly multiply if they’re in an egg. These worms can grow to be anywhere from 4 to 6 inches long. Adults can turn into white worms.

Another worm-like creature that may be lurking in your dog’s bowl is mosquito larvae. Mosquitos deposit their eggs in water. They might have chosen the dog’s bowl to lay eggs if you had some in your home. Luckily, if your dog eats them, their stomach acid will destroy the eggs.

If the eggs have already hatched, then there’s a chance that the baby mosquitoes may feed on your dog’s blood. It’s possible for them to spread heartworm disease, too. Mosquito larvae are extremely small. They only grow to be 1/8th of an inch.

Your dog may experience a few problems based on the kind of worm they’ve consumed. Gordian or tiny brown worms usually vomit or poop out. There aren’t any real problems. The actual problems come from roundworms.

You may notice some of the following problems:

Roundworm is dangerous because they can interfere with the dog’s ability to digest its food. They may no longer be receiving the nutrition they need. It can also clog their digestive system, which can cause serious internal harm.

Mosquito larvae that are consumed and manage to hatch into babies may cause a few problems, too. Some of them include the following: 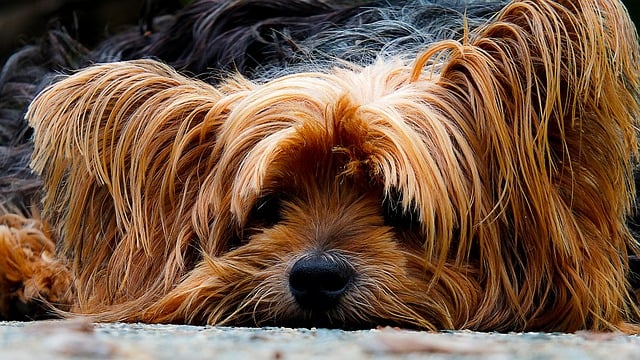 Ah… I have worms in my dog’s water bowl; what do I do? If you spot worms in your dog’s bowl, then the first thing you should do is empty the water into the trash bin. Then rinse the bowl and sterilize it. If you’re especially worried about it being contaminated, you can always toss it out and buy a new one.

Then keep an eye on your dog. It may be worth taking them to the vet if they have an upset stomach or are having problems digesting their food. You can also find over-the-counter worm treatments.

Follow the directions and give them to your dog per their instructions. This doesn’t replace the need to visit the vet, but it can help protect your dog until you can see them.

Do I Need To See The Vet or The Emergency Animal Hospital?

In most cases, you can see your vet. They have the treatments necessary to remove the worms from your dog’s digestive tract. They can take care of mosquito larvae, too.

An animal hospital may be more appropriate if your dog is older or their immune system is compromised. They may need special care. You may also need to take your dog to the animal hospital if you’ve neglected to watch them for worms. The infestation may be severe.

Can Dogs Get Worms From Drinking The Same Water?

Yes, dogs can get worms by drinking from the same water. Both dogs are at risk if the water source is the contamination point.

If the infected dog received the worms elsewhere, there’s a smaller chance that the other dog may become infected. It’s a good idea to separate the two dogs until the infected one is cleared of worms.

How Do You Get Rid Of Worms In A Dog Without Going To The Vet?

There are several treatments that you can give your dog instead of going to see the vet. Seeing the vet, however, is the fastest way for your dog to receive relief.

That being said, there are treatments at most local stores that you can buy. You’ll want the appropriate treatment for your dog’s size and age.

Other natural ways include feeding them pumpkin seeds, carrots, dried coconut, apple cider vinegar, turmeric, and chamomile. They help flush the body out and make it inhospitable to worms.

In conclusion, if there are worms where your dog drinks water from, it can be an alarming sight for pet owners. Thankfully, the worms are typically harmless and quite easy to remove.

To ensure your pup stays healthy and hydrated, replace their old water bowls with new ones regularly and clean them with hot soapy water or a pet-safe cleaning product at least twice a week.

Some dogs may need more frequent water changes, so remember to adjust yours accordingly. Also, always encourage your canine companion to drink lots of fresh filtered water – they’ll thank you for it!

With these simple steps and proper hygiene practices, you can ensure that every time your dog drinks up out of their bowl, they’re quenching their thirst, safe from any potential parasites.

Q: How do I keep worms and maggots out of my dog’s water bowl?

To prevent worms and maggots in your dog’s water bowl, keep the bowl clean and refill it with fresh water daily. Consider using a bowl with a lid or placing it in a shaded area.

Q: Can dogs get worms from the water bowl?

A: Dogs can contract worms from drinking water that contains infected feces or worm eggs. However, it is more common for dogs to contract worms through other means, such as ingesting infected prey or coming into contact with contaminated soil.

Q: What causes worms in water?

A: Worms in water can be caused by various factors, including infected animal feces or worm eggs in the water source or by the growth of certain aquatic worms.

My name is Danny Jackson and I’m the CEO and Chief Editor behind Petloverguy.com. After spending a decade working with vets and private clients as an animal behavioral and nutritional specialist I co-founded Pet Lover Guy to help other pet parents learn how to interact with, and make the most of the time that they spend with their adopted and rescued best pet friends.
Working with Ella, our chihuahua rescue, we seek to help all dog and cat lovers have the happiest life possible.