Cats and their curiosity go hand in hand, but unfortunately trouble often tags along close behind them. Most of us know that chocolate is toxic to cats and dogs, but usually not the specifics. So, if your cat ate chocolate frosting, what should you do?

The best bet where chocolate is concerned is always going to be getting your cat to the vet right away. While toxicity differs based on the type of chocolate, be it dark, semi-sweet, milk, or even white, the chemicals theobromine and caffeine are still present and potential lethal in the right amounts.

In this article we’re going to talk a little more about chocolate frosting, toxicity, symptoms, and even touch briefly on an alternative ‘chocolate’ frosting that you can actually share with your cat. Read on to get the scoop on chocolate toxicity – important information is waiting for you below!

Why is chocolate frosting toxic to my cat?

It’s not so much the frosting itself, which is basically a lot of fat and sugars, but the actual chocolate content. Chocolate is toxic to cats for two reasons. First, it’s got a lot of caffeine, which humans have a tolerance for but which really isn’t suited for feline consumption.

More importantly, however, is a compound known as Theobromine, which is produced when Cacao beans are roasted in preparation for making the various forms of chocolate that we know and love. This stuff highly toxic for cats and dogs and in the right doses, it can even be lethal.

Even white chocolate, which doesn’t contain cocoa beans at all, still has traces of Theobromine, though white chocolate frosting is the least toxic type and will likely just give your cat a serious tummyache.

Ultimately, however, with theobromine it’s best not to leave things to chance, but rather to get your cat to the vet right away. 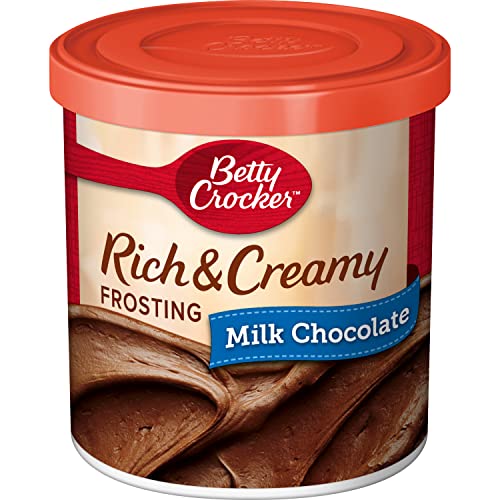 How much chocolate is lethal for cats?

The type of chocolate is the most reliable factor for determining exactly how toxic it will be for cats and dogs. That’s because when you see the word ‘chocolate’ on a package, it’s really a sort of ‘general statement’ geared for marketing, as some products will have a lot of cacao bean content and others almost none at all.

Take a look below and you can get an idea of the toxicity of some of the most common household chocolates with an 8 pound cat being used as an example. This should be especially useful if you are making your own chocolate frosting or simply want to know just how toxic common chocolate can be for kitties:

How long until symptoms of chocolate toxicity show?

Signs of chocolate toxicity will typically show within 6 to 12 hours, but you still need to get your cat to the vet right away is they ingest it. The biggest problem is that Theobromine doesn’t easily exit their system, but rather gets reabsorbed into the body after it leaves the stomach, cycling the poison multiple times in succession.

The symptoms of chocolate toxicity in cats may include one or more of the following:

If left untreated, symptoms may quickly become worse and can even lead to a coma or death, so it’s vital to get your cat in to the vet as soon as possible. If, for some reason, you cannot get them in immediately, then contact the ASPCA Poison control line at (888)426-4435. They are available 24/7, even on holidays!

Are all chocolate frostings toxic to cats?

If your cat can’t seem to help themselves when it comes to cakes, you do have an option at your disposal that will work as a sort of compromise. It’s sometimes called ‘cat chocolate’ or ‘dog chocolate’, but the real name is Carob.

Roasted pods from the Carob tree are powdered and sold as a cocoa powder alternative called ‘Carob powder’. It’s actually quite yummy stuff, which tastes rather sweet and doesn’t have the normal bitter aspect that you find in cocoa powder.

It’s used to give chocolate flavorings to drinks, cakes, and yes — to homemade frosting — so if you’re looking to share a little chocolate cake with a cat that just won’t stop trying to eat the dangerous variety, then switching to carob gives you a way to enjoy a favorite dessert with your furry best friend!

Just do a Google search on ‘carob frosting’ and you can find a number of recipes for taking advantage of the stuff. You can order the actual Carob powder online or likely just get it locally if you prefer. Many stores carry this ‘alternative chocolate’, with Wal Mart, Kroger, and Whole Foods being just a few examples.

Some closing words on cats and chocolate

If your cat ate chocolate frosting, the best thing to do is definitely going to be rushing them to the vet for a quick checkup. Sadly, it really doesn’t take much chocolate at all to put your pet at risk, so if they ingest some then you always want to err on the safe side.

Also, be sure to put the ASPCA poison control number on your refrigerator just in case your cat happens to get into the chocolate again so that you’ll have it if you need it. You can call toll free to (888)426-4435.

Chocolate seems harmless, but for cats and dogs it can be lethal, so be sure to hide any that you’ve got in the house – our curious kitties just can’t seem to help themselves, so it’s up to us to keep them safe!