Vets don’t normally charge to check if your dog or cat has a microchip, though they might if that’s the only reason that you’re there. You can ask your vet to check while you’re at their office for a routine checkup and they’ll normally do so without any extra fee added on.

If they do charge you, then you might as well have a quick inspection considering that you’re already paying. Cat owners, on average, will pay slightly less than dog owners would.

Do Vets Automatically Check for Microchips?

Vets don’t automatically check for a microchip, so you’ll want to let them know if you want them to take a look and see if your pet has one or not. For that matter, only nine states consistently check for microchips when they come into possession of a stray animal.

Due to the differences in databases used to manage lists of registered chips, it can be hard for some vets to identify a dog or cat using just this number. That’s one of the big reasons so many of them don’t check automatically.

How Much Does it Cost to Check a Microchip?

Usually, you don’t have to pay for this service. Vets will normally include it with whatever you’re paying to see them in the first place.

If you have no other reason to go to the vet, then it could cost you upwards of $50. That’s the average cost of a vet visit for a dog owner.

It would be somewhat less for someone who owns a cat, though pet parents who have a cat may want to take advantage of the situation to get a routine check anyway.

When you adopt a cat from a shelter, they usually check for you right there at no cost to you. 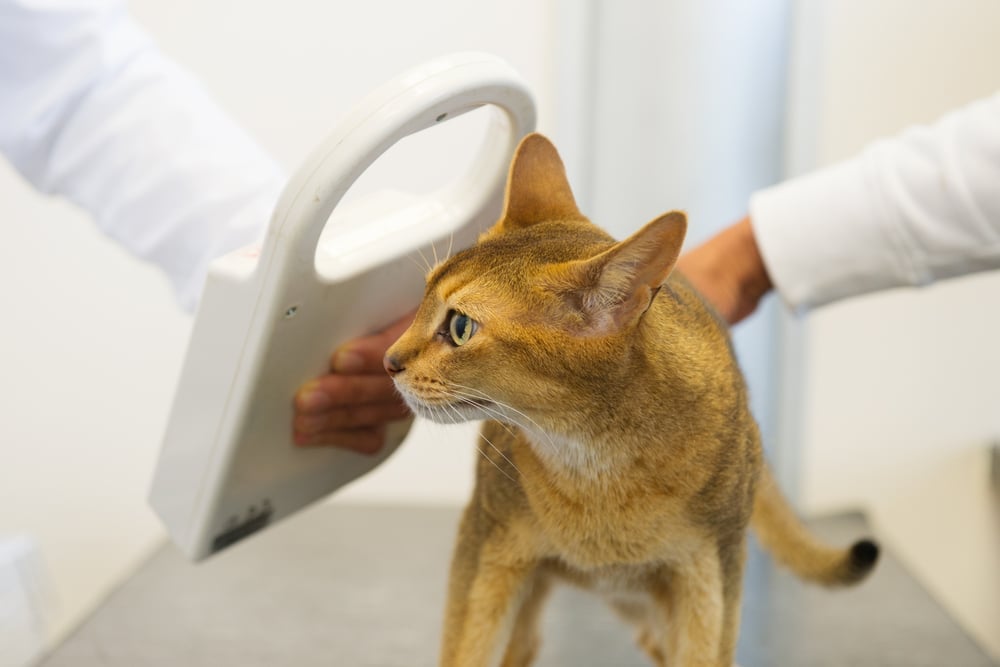 How Do You Check if a Dog Has a Microchip at Home?

Unless you have the specific type of RFID tag scanner that vets use, you can’t normally check dogs for microchips at home. You can acquire one of these devices, though it doesn’t normally make too much economic sense to do so.

You can, however, ask a vet or shelter to check for you and then write down the number that they give you. Take this number home with you and you can then check out the databases that are used by tracking services to see if the pet is registered.

A few database developers now offer dedicated apps that can help you do this.

Does a Microchip Prove Ownership?

Microchips don’t necessarily prove ownership. Since the information registered to a specific microchip number can theoretically be faulty or out of date, it doesn’t mean that someone owns a pet.

However, it does suggest that someone does and if a stray is found authorities can often use this information to locate who originally had said animal. 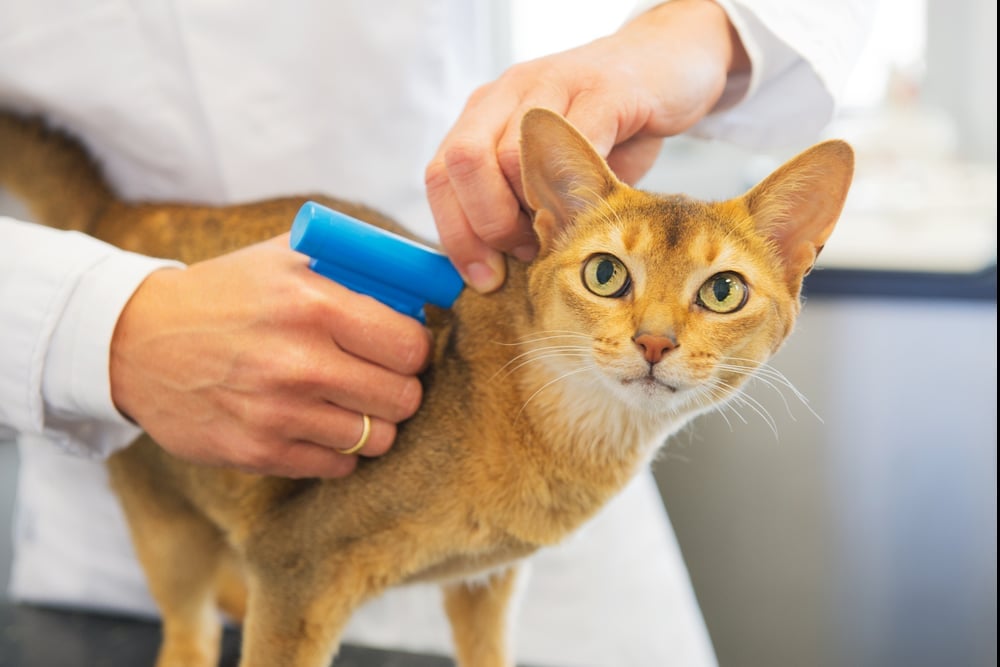 Does it Cost to Change Microchip Details?

You can change microchip details on most databases for free if you have proof that you own the animal in question as well as proof that the registered number matches the microchip inside of said animal. However, some of the better databases that veterinarians use do charge a filing fee whenever you update details.

Pet owners will sometimes only use the free databases so that they can save some money on the registration.

How Can You Look up Microchip Registration History?

Go to the website or app of the service that the microchip was registered with. There are several different major national databases of chipped pets as well as countless smaller ones.

If you don’t remember the database that the microchip was originally registered with, then you’ll want to try the largest ones first before working your way down the list. There are only a handful that a majority of animal shelters and vet offices use, so it makes sense to look through them before any others.

Is there a Yearly Fee for Microchips?

There is no yearly fee associated with using a microchip. Some databases will charge filing fees, but these are normally only paid when you need to update details.

If someone tries to tell you that you have to pay a subscription fee, then they’re probably trying to sell you some other package. You’ll want to keep shopping around if that’s the case, because you shouldn’t normally have to pay anything for continued use of these services.

Can I Scan My Dog’s Microchip With My Phone?

Pet owners can’t scan their dog’s microchip with their phone. The chip itself is just a single RFID tag and therefore has no internal source of power, so you wouldn’t be able to detect it with a smartphone.

Those who happen to know the number that’s registered to it, however, can use their mobile devices to check the database and update chip details without much difficulty. You do need a purpose-made scanner to read the code itself, though, which isn’t something most pet owners have.

Can You Feel If a Dog Is Microchipped?

No, you can’t feel if a dog has been chipped. Even cats normally don’t feel any different in spite of the smaller amount of tissue that they have present in their bodies.

The chips used are too small and are less than maybe ½-inch in total area, so they’re impossible to feel. They’re also injected into so much tissue that it wouldn’t be possible to feel them.

Can Petsmart Check for Microchip?

Petsmart checks microchips and implants them through their partnership with Banfield Pet Hospital, which has over 900 different locations nationwide. Some of these may be close to a Petsmart or connected with them in some way.

You can have inspections of chips done at Banfield regardless of whether you’re a Petsmart preferred member or not. They also provide Petsmart customers with other preventative services.