Every single time you take your dog for a walk, you just know you’re in for a load of painful barks!

Maybe you get tugged around or maybe you just can’t control your furry friend at all. If any of this sounds familiar, then you might be in the market for an e-collar that can help make the training process go a bit more smoothly.

Shock collars are only ever as good as the trainer!

Think of them like any other training aid. If you put all your love and effort into training a dog, then a shock collar can be one more tool in your trainer’s toolbox.

You can use it to reinforce the lessons you’re trying to teach your dog. In some cases, you might even be able to use it to protect your dog since you’ll be able to teach him or her what areas are very dangerous.

On the other hand, don’t expect much if you’re not willing to put in the effort. This isn’t a train-your-dog-quick gadget.

When Should You Start Shock Collar Training?

There’s no specific age to start using one, but you don’t want to use one on an impressionable puppy. You might end up giving a young dog the wrong idea in the process.

Dogs have to be old enough to understand the concept of negative reinforcement before they stand to get anything out of one of these collars.

Wait until your dog understands most commands like sit and stay before you start shock collar training. If they don’t understand what they’re supposed to be doing, then a collar isn’t going to help.

Once they have a handle on that and they’re no longer an impressionable puppy, start them on a weak setting with a collar that fits. According to a study published by noted animal expert Janet E.Steiss’ team, there’s not too much of a difference between the effectiveness of different shock levels.

In fact, her study found that techie collars that shot lemon juice instead of electricity worked almost as well. That means you can probably start your dog on a very weak level shock and work things up over time.

Can Shock Collars Cause Brain Damage?

When used normally, shock collars shouldn’t cause any long-term damage. The problem is that some pet owners have no clue what they’re doing and dial their dog’s collar all the way up.

As soon as they do this, they proceed to apply correction for far too long. While this can theoretically cause brain damage, it’s more likely to cause painful burns.

In short, don’t ever use the collar in a way that’s inconsistent with its labeling!

You could apply that advice to nearly any product ever made.

Some experts actually think that the possibility of making a dog behave badly by mistake is much greater than the risk of actually causing them any physical harm.

Why Are Shock Collars Bad for Dogs?

Outside of the risk of hurting a dog, there’s a possibility that pet owners who use e-collars wrong can end up making their animals go haywire.

A report came out of the British Small Animals Veterinary Association that recommended against shock collar use based on the idea that misuse could scare a dog into behaving violently.

The document didn’t focus on whether or not the collars could physically harm the dog. Instead, researchers were afraid that people would use them on puppies and slowly train their animals into aggressive beasts.

On the other hand, proper use ma have the opposite effect. Psychologist Daniel F. Tortora found that proper use can drastically reduce violent behavior in dogs.

Can a Shock Collar Kill a Dog?

When used correctly, a shock collar can’t kill a dog. Check to make sure that you have a collar designed for your dog’s weight.

You’ll also want to make sure that it’s fitted correctly to prevent any harm.

How to Train Your Dog with a Shock Collar?

If you’re a little lost as to the right method to use, then try this video out:

Expert trainer Larry Krohn shows the following steps for getting a dog used to their first e-collar in it:

Never forget to praise your dog when you start real training! This won’t be effective at all otherwise. 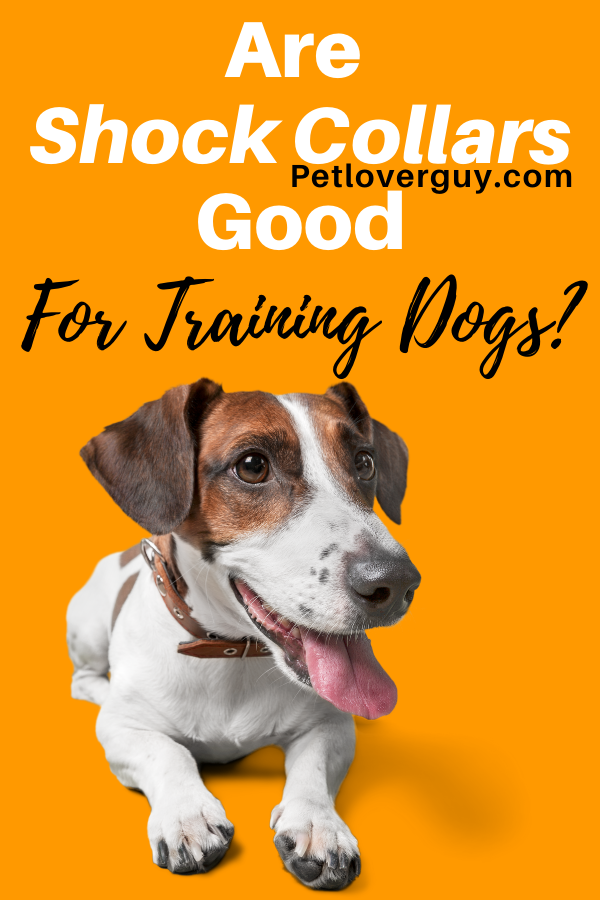